A Guide to Zines: Home

A place for everything Zine for the beginner. 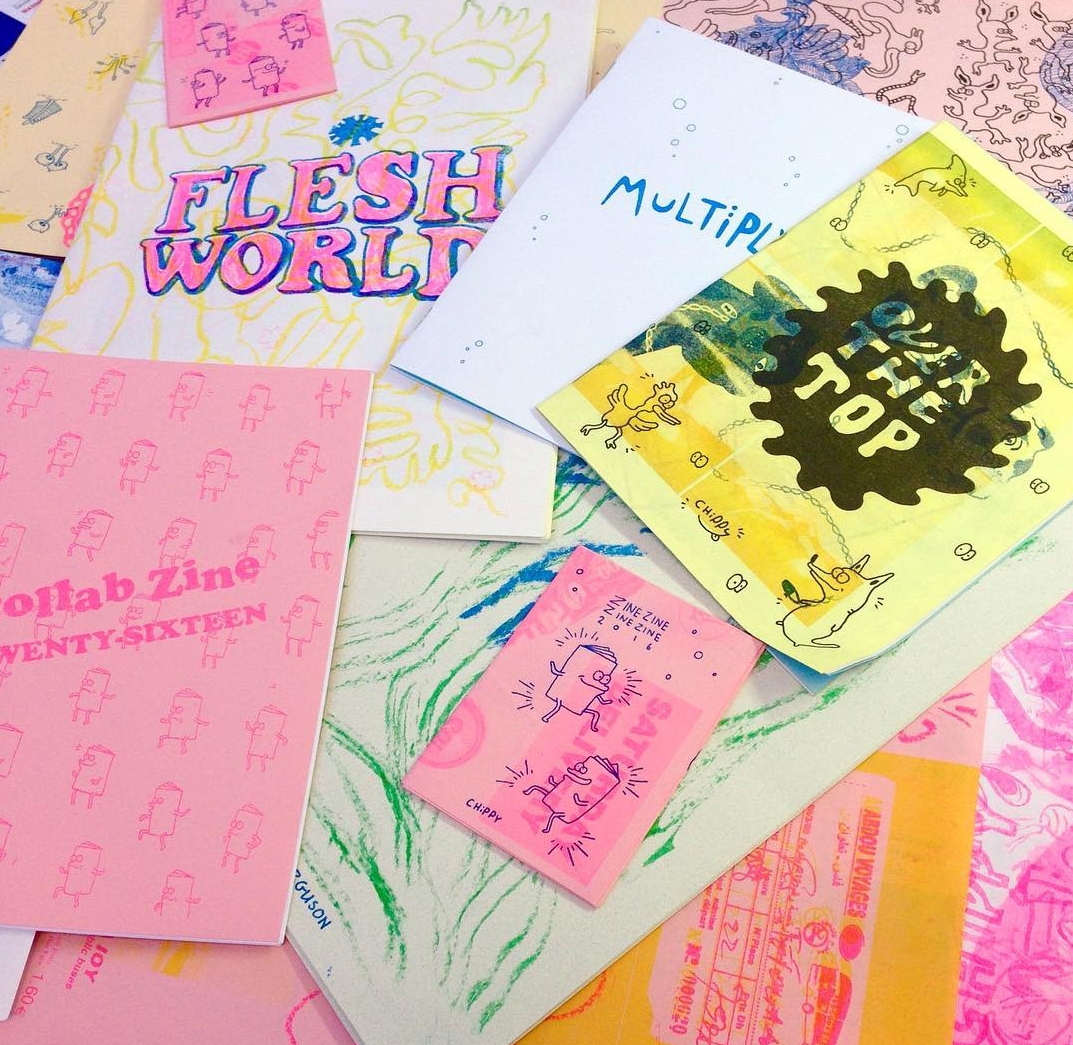 What is a Zine?: Video from North Harris Library Houston.

A short video from the North Harris Library in Houston that explains what a zine is and shows several zines from their collection, highlighting the different forms, art styles, and subjects zines can be about.
Runtime: 10.39

Within this guide and its resources you may come across some terms or slang you have never heard of, a lot of them are specific to the zine community. The glossary below is a handy guide to everything: 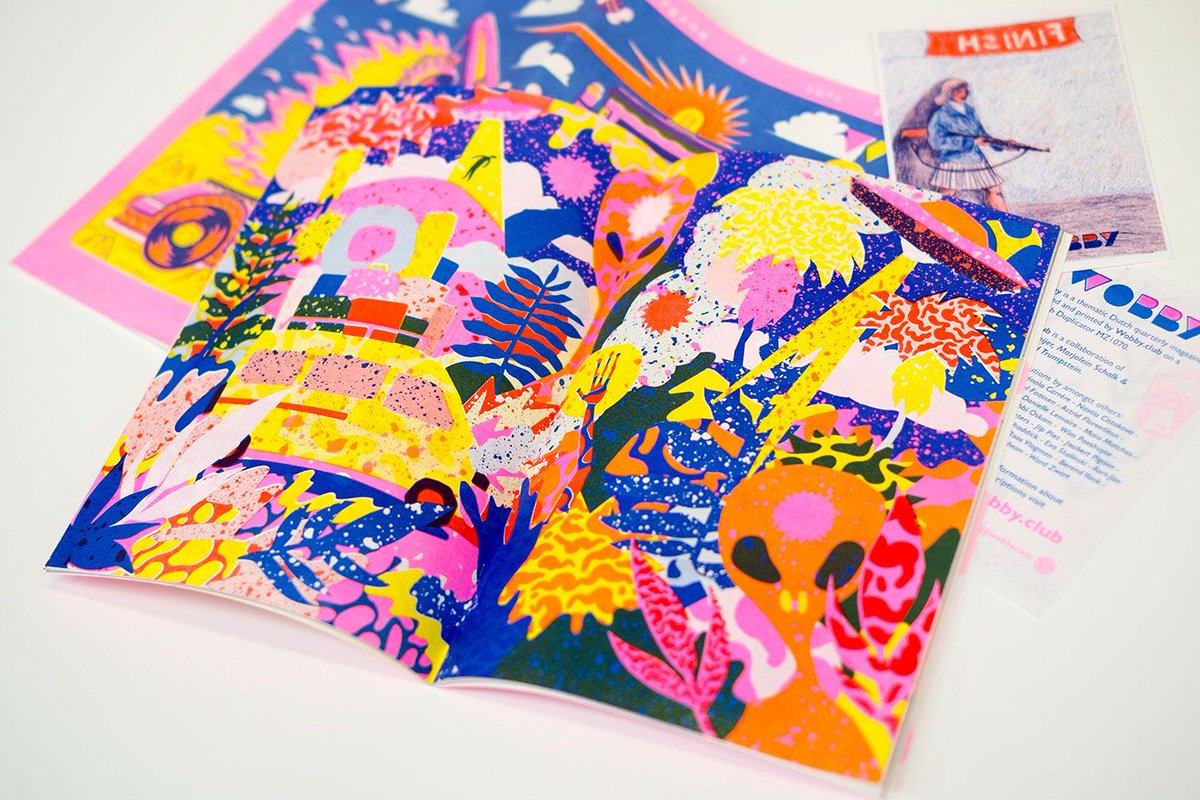 Photo zines are a great way for photographers to display and publish their work. Noice is a collaborative photo zine and have created a video flip-through of Issue No.2.

This guide was created as an introduction to the world of Zines, included amongst its pages are:

Each section is organised into its own page, navigation is accessible by the tabs at the top of the page.

What is a Zine

What is a Zine?

A Zine is an independent self-published paper work that has a small circulation, due to its vague description and the many forms they take zines can be hard to specifically define. The word Zine is derived from the word magazine and fanzine, one of the first types of zines, and most often looks like a small booklet or has a larger traditional magazine format. Where zines differ from magazines or either types of publications is that their primary purpose is freedom of expression or to highlight a political or social movement, rather than for profit.

Zines are usually made by an individual but can also be made by small groups of people with similar interests; for instance a group of poets could create a zine of their work together and publish it to bypass traditional publishing restrictions and difficulties.

Generally Zines look like a booklet that can include:

How do I pronounce it?

What kinds of Zines are there?

The great things about Zines is they can be about anything, and often are. Because the spirit of Zines is generally not monetary based, they are often specific to whatever the creator is interested in or passionate about at the moment. Zines can range from being a booklet of zebra drawings, a booklet of poems, to a guide on protesting. Zines created within certain communities may have similar themes, for example The Riot Grrrl movement saw the proliferation and circulation of feminist Zines within the community.

Julie Bartel, author of From A to Zine (2004) , notes, “Zines are about diversity, creativity, innovation, and expression. As a group, zines deliberately lack cohesion of form or function, representing as they do individual visions and ideals rather than professional or corporate objectives. With zines, anything goes. Anything. They can be about toasters, food, a favorite television show, thrift stores, anarchism, candy, bunnies, sexual abuse, architecture, war, gingerbread men, activism, retirement homes, comics, eating disorders, Barbie dolls – you name it.”

The author of this lib-guide is Jade Hackett, an aspiring librarian with a passion for Zines.

She hopes through this guide to share her love for Zines and inspire people to read them and make their own. 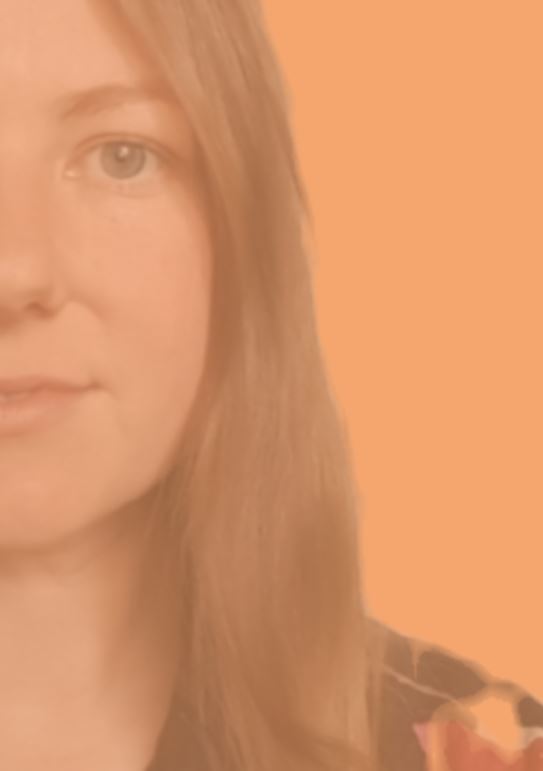 Most images used within this guide were either the librarians own or used with the permission of the artist, Ashley Ronning, from Heliopress Zines. Any images that do not meet the above criteria are subject to copyright and have been used for educational purposed only.