"Carthage must be destroyed!" - Cato the Elder

The Punic wars were a series of conflicts between the superpowers of Rome and Carthage. The name of these wars comes from the Latin term for the Carthaginian, Punicus. There were three Punic Wars in total in the years of 254-241, 218-201, and 149-146 BCE. Both Rome and Carthage had become major powers in the western Mediterranean and as Rome's expansion came south, they were met with Carthaginian resistance.

The Second Punic War had been long and bloody, leaving a strong impression on the Roman psyche. They had been brought low by Hannibal, and the famous defeat at the Battle of Cannae would be remembered to this day. Scipio Africanus would bring victory to Rome by defeating Hannibal. Later, in the Third Punic War, Rome would put the final nail in Carthage's coffin.

Get an entertaining summary of the three punics wars and it's major players. Linked above is the first episode in the series, discussing the context around the first war. It doesn't go into a lot of depth about the first punic war. The description of the second punic war is much more in depth. Extra History uses the sources of Polybius (left) and Livy (see "Early History").

A History Of: Hannibal and the Punic Wars Podcast 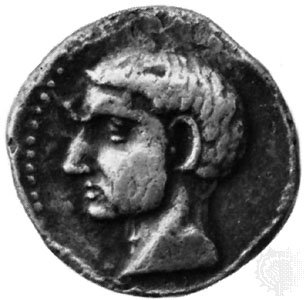 Africanus, born Publius Cornelius Scipio, was a Roman general famous for his victory over Hannibal, the Carthaginian leader, at the Battle of Zama (202 BCE). The victory ended the Second Punic War. He was awarded the name Africanus for his successes.

According to the Roman historians Livy and Polybius, Scipio fought in the battle at Ticinus River (218 BCE).  His father had been wounded and the young Scipio charged at the enemy, successfully saving his father, the consul at the time. Later, he was military tribune at the Battle of Cannae (216 BCE), in which the Roman suffered a disastrous loss against the Carthaginians. He was promoted to the position of curule aedile younger than the legal age.

In 211 BCE, Scipio's father and uncle were defeated and killed in battle. The Romans decided to reinforce their troops in Spain, but no senior general wanted the task. Scipio volunteered as a candidate and was given the command despite not holding the official rights to do so (as he had not been praetor or consul). He did not have imperium which allowed generals to legally lead legions. The decision would leave a precedent for future generations.

Scipio successfully took the Carthaginian city of Carthago Nova in 209 BCE and continued to achieve successes in Spain. In 206 BCE, at the Battle of Ilipa, Scipio won a decisive victory against the Carthaginian army, and secured the whole of Spain.

In 205 BCE, Scipio was elected consul. Instead of attacking Hannibal, who had been mostly contained in southern Italy, Scipio focused on Africa. He brought his army into Sicily, preparing for the invasion of Africa. In 204 BCE, he landed his army of 35,000. He besieged the city of Utica. In Early 203 BCE, with the assistance of Rome's new Numidian ally Massinissa, he successfully burned the camp of Hasdrubal (son of Gisgo) and the Numidian, Syphax.

After the capture of the city of Tunis, the Carthaginians sought peace. However, before terms could be reached, Hannibal returned in 202 BCE and the ware resumed. Hannibal and Scipio's armies faced each other at the Battle of Zama. Scipio successfully neutralized the Carthaginian elephants and their famous horseman. With the aid of Massinissa, Scipio used Hannibal's own tactics against him, failing at first to defeat the general, Scipio's army attacked the rear of Hannibal's and thus the Carthaginians were defeated.