The Roman Republic marked a massive expansion of Roman controlled territory and the rise of many famous generals including Cinnicinatus, Scipio Africanus, and Julius Caesar.

The Republic began in 509 BCE, with the end of the monarchy, and ended with the establishment of the empire in 27 BCE. The early history of the Republic was not well recorded. Proper records did not begin until the late 3rd Century BCE, much of the events of the period have been embellished by local legend as well as Greek mythology.

This guide is divided into four time periods:

This video provides a short summary about the Republic, its rise and its transition into the Empire. For a quick, easy to understand overview of the period this is a great, entertaining place to start.

The Senate and the Assemblies

To understand the titles and positions Roman generals and politicians had during their lifetime, a little context can go a long way. Below is a short description of the political set-up of the Republic as well as an image to help guide you along.

The Roman Republic was led by two senior officials, consuls, who held power for one year. The consuls were members of the senate, which was made up of both patricians (nobles) and plebeians (non-patricians) who held positions within the state. In order to become consul, a young man had to ascend what was known as the "cursus honorum" which was a series of positions within the government and the army each with increasing power and responsibility. Age limits were placed on each of these positions and they generally had set terms.

To become consul, the senator had to be elected. Though the Republic had democratic elements, its elections were heavily biased towards patricians and high-ranking plebeians (known as equites). Due to the age restrictions and the costs of campaigning, senators usually only had one chance to become consul. If they were successful, the elected consul would serve for one year, then be assigned a governorship over one of the provinces where they would be able to use the taxes to recoup their losses, or become a censor who was in charge of "public morality".

The "Cursus Honorum" - Political Ladder of the Republic 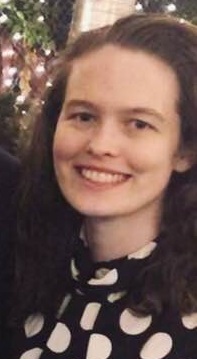